But on Friday, January 30, this lull in the famous piurana Caleta was interrupted by a peaceful march of hundreds of people affected by the reduction of seats on the company Petrobras Energia Peru.

As is known, the collapse of oil prices has caused massive layoffs in the extractive companies and contractors Sector. And there are few concerned residents of El Alto, Cabo Blanco and other jurisdictions del Litoral de Piura and Tumbes having these huge towers oil as part of the seascape.

It is why in the middle of the march in Cabo Blanco emerged as a hope for local development the proposed creation of the Marine Reserve Cabo Blanco-Banco de Mancora, as a protected area for the first time include the ecoregion Tropical Sea Peru.

The proposal, presented and supported by the Inkaterra Association considers a space 650 thousand hectares (half the territory of the Manu National Park) located off the coast of Piura and Tumbes. More precisely, from the border with Ecuador to the shores of Lobitos.

“And within five miles of shoreline to not affect oil wells”Warns José Koechlin, Founder and President of the Inkaterra Association.

The area of ​​influence of the new marine reserve includes six coastal districts of Tumbes and Piura three, with a population of nearly 300,000 people.

In this marine territory include the Bank of submarine canyons Mancora and Cabo Blanco, 35 percent habitat of the species of the Sea of ​​Grau. From Whales and Turtles Merlins until Crabs and hake.

As is known, artisanal fishing out among the main economic activities in the area of ​​influence of this new Marine Reserve. In the area 303 fishermen associations that are affected by illegal trawlers and work “Pirates” from Ecuador. Both made predatory and violent activities are shown with the local population.

A few months ago, the illegal trawlers luxury of assaulting police officers and a prosecutor who tried to intervene them were given. For its part, the Navy recognized that does not have enough to face teams.

Another problem affecting local fishermen is the lack of springs and restrictions on the so-called “cold chain”: Artisanal fishers are able to penetrate 120 miles offshore, but can not freeze your catch to market it on land. “With a single copy Fishing Tuna 150 kilos have enough to justify a workweek”He recognized a Fisherman Cabo Blanco.

Layoffs in the oil sector is already a social problem for the city of El Alto, Cabo Blanco and other ports in the area of ​​influence of the marine reserve.

Given this, ecotourism, marine sports, whale watching and game fishing are an alternative for the local population.

“There is an agreement to instruct Deep-sea fishermen and self Municipality of Cabo Blanco took a boat for tourists”Revealed José Purisaca, CEO of Inkaterra. “Proper management would allow the recovery of overexploited, threatened, rare or endangered species. This helps to improve the quality of life of people who depend on these resources in the area of ​​influence of the marine reserve”He added.

The proposed creation of the Marine Reserve Cabo Blanco-Bank Mancora already received the support of local municipalities, associations of tourism and fishing industry and environmental organizations. It is also, with the blessing of the Ministry of Environment and the National Service of Protected Areas (SERNANP), as it would be framed in the Subsystem Natural Protected Areas knows Tropical Pacific.

This is supported by prestigious scientific and academic organizations worldwide adds.

In the office of the Minister of Environment Manuel Pulgar Vidal, is already the letter from Terry D. Garcia, executive vice president of the National Geographic Society. As you may recall, Garcia joined the scientific team of the prestigious National Oceanic and Atmospheric Administration (considered “NASA of the world's oceans”) And as Manager of the National Geographic was one of the managers in the United States in the process of returning the pieces obtained in Machu Picchu by Hiram Bingham and were held by Yale University.

Similarly recommendations have come from Dr. José Luis Sánchez Lizaso, Director of the Department of Marine Science at the University of Alicante in Spain. Dr. Nelson Ehrhardt, Rosenstiel Institute of Marine and Atmospheric Science at the University of Miami. And Rob Kramer, President of the International Game Fish Association (International Game Fishing Association).

Just need the approval of the Presidency of the Council of Ministers.

The zoning of this new marine reserve considered a strictly protected area in the Bank of Mancora.
Few know that this is a small underwater mountain whose summit (the deepest area) is just over one hundred meters deep and hides an ecosystem that remains a mystery to science.

It also includes a wilderness area that allows the development of fishing. An area of ​​direct use, based on the artisanal fisheries, hydrocarbon extraction, Industrial Fishing, boating and tourism.

And it has an area of ​​recreational tourism (whale watching, sport fishing, sailing, surfing and diving) and an even untapped Cultural historic area: there are numerous records of shipwrecks that would help the development of underwater archeology.

“Koechlin- insist says: Navy Reserve not create more restrictions but will make Peru a model country in the world for good marine practice”.

THE PCM HAS THE LAST WORD

The creation of the marine reserve is an alternative to serious social problems generated in recent months by massive layoffs in the extractive companies and contractors in the oil sector.

In a report published in The Republic on August 4 last year signed by Beatriz Jimenez, it is revealed that since 2004 various technical studies have identified four priority areas for conservation and management of marine resources in the Tropical Pacific Bank Mancora, Punta Sal, The Ñuro and Seal Island.

The report adds that when the National Service of Protected Natural Areas (SERNANP) was about to start the technical file for enactment as reserved zones, the reactivation package enacted last July suspiciously took this competition the Ministry of Environment (Minam) and he moved to the Presidency of the Council of Ministers (PCM).

And it is precisely in the PCM's sleep the sleep of the just draft Marine Reserve Cabo Blanco-Banco de Mancora.

Previous: SPAIN – I recaptured in Malta Bluefin Tuna marked in 2007 in Spain
Next: Normal fishing catch quota expect in 2015 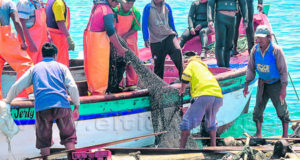 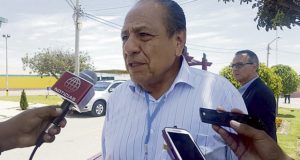 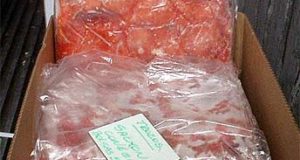